I found inspiration from an unlikely source, the Money section of our paper. The columnist, J. Robert Parkinson, said little things mean a lot, for example: raising our head rather than looking down. When we hold up our head we see what is around us, not just where we stand, giving us a greater prospective. That information puts us in a better position for decision-making or understanding. Head up, we more naturally stand straighter, which in itself can engender more confidence. And the erect posture makes room for deep breathing, better speaking. And, very important, we see others, make eye contact, and relate better. (Everyone wants to be seen.)

Lately, as friends have inquired about me, I say that I’m still dealing with considerable pain and have limited activity, circumstances mostly beyond my control, though I work hard at rehab. I must sound whiny, because I’ve received a lot of cheer-up, God-hasn’t-forgotten-you-messages.

In actuality, even as my world has diminished in terms of ability and activity, and pain remains, my vision has expanded. I know God is with me. From the beginning I looked up in desperation, and what I’ve seen in Jesus gifts me with an eternal perspective, and a deep sense of peace, of wholeness in spite of my brokenness, joy in spite of pain.

Even Jesus looked up when he performed miracles. The human side of him connected with the divine by looking up, away from the limitations of flesh and bone.

And taking the five loaves and the two fish, he looked up to heaven and said a blessing over them. Then he broke the loaves and gave them to the disciples to set before the crowd. And they all ate and were satisfied. And what was left over was picked up, twelve baskets of broken pieces.

And looking up to heaven, he sighed and said to him, “Ephphatha,” that is, “Be opened.” And his ears were opened, his tongue was released, and he spoke plainly.

How many times do we look down at our concerns, problems, or challenges, when looking up would give us exactly what we really need, even if we don’t know it?

When the Sabbath was past, Mary Magdalene, Mary the mother of James, and Salome bought spices, so that they might go and anoint him. And very early on the first day of the week, when the sun had risen, they went to the tomb. And they were saying to one another, “Who will roll away the stone for us from the entrance of the tomb?” And looking up, they saw that the stone had been rolled back—it was very large.

Even if we should experience the worse that we can imagine, looking up to Jesus alters everything. When Stephen was being stoned for his faith, he looked up and saw Jesus. It seems the presence of Jesus took away his pain.

Now when they heard these things they were enraged, and they ground their teeth at him. But he, full of the Holy Spirit, gazed into heaven and saw the glory of God, and Jesus standing at the right hand of God. And he said, “Behold, I see the heavens opened, and the Son of Man standing at the right hand of God.” … Then they cast him out of the city and stoned him. … And as they were stoning Stephen, he called out, “Lord Jesus, receive my spirit.” And falling to his knees he cried out with a loud voice, “Lord, do not hold this sin against them.” And when he had said this, he fell asleep.

It is a simple thing that can make all the difference. 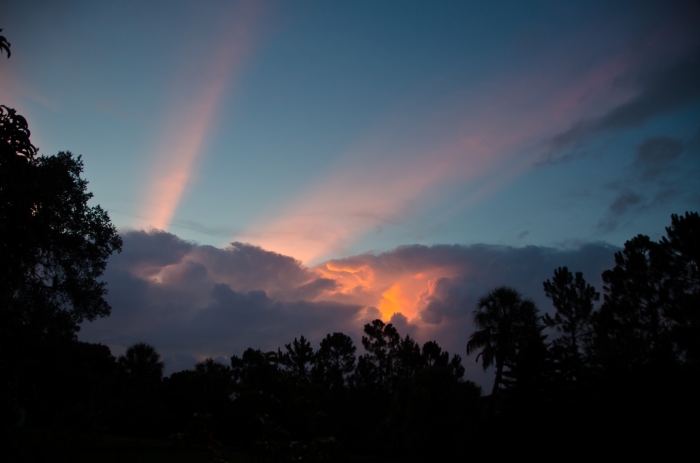 It doesn’t mean our pain will go away, relationships suddenly function well, or healing will automatically come.

We receive the ability to see beyond this world, this circumstance.

We receive the Light of Heaven

Has anything changed for you when you looked up?

This site uses Akismet to reduce spam. Learn how your comment data is processed.